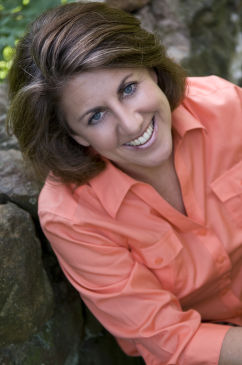 Peri Smilow is a nationally recognized touring artist.  As a performer, composer, educator and activist she has the unique ability to deeply move people of all ages, to forge connections and understanding and to use her extraordinary musical gifts, passion and commitment to community to create social change.

Peri's music and message of tikkun olam have been heard throughout the US, Canada, England, Singapore and Israel.  She was the Artist-in-Residence at the World Union for Progressive Judaism's international Connections Conference in Israel (2009) and at the Limmud Conference in the UK.  She has appeared as headline performer at numerous URJ National Biennial Conventions and CAJE conferences.  In 2007 Peri was commissioned to compose a new piece of music to celebrate the release of the The Torah: A Women's Commentary.  She has also been a visiting artist-educator at the Reform Movement's summer camps and has served as visiting faculty at Hava Nashira National Songleader Institute.

Peri has released four recordings of original contemporary Jewish music including Songs of Peace, Ashrey, and The Freedom Music Project; the music of Passover and the Civil Rights Movement featuring an electrifying 18-voice choir of young Black and Jewish singers celebrating the freedom music of their traditions.  The Freedom Music Project was nominated Best Gospel Album of the Year by the Just Plain Folks Music Awards and has been featured on NBC and ABC TV, National Public Radio's Weekend All Things Considered, and on Voice of America radio internationally. The Freedom Music Project is available for local programming through Peri's exciting Concert-in-a-Box Program!  (Call for more information)

Peri's newest release, BLESSINGS, is intimate and uplifting.  It draws on Peri's experience as a cancer survivor, wife and mother and celebrates the importance of her relationship with loved ones, friends, community and faith.  Blessings was co-produced by Grammy-award winning producer Ben Wisch (Mark Cohn Walking in Memphis).

Each year Peri commits a portion of her time to work on an on-going basis within a single community to create congregational change through music.  In this capacity she has enjoyed residencies in Temple Ner Tamid (Bloomfield, NJ) and Temple Emanu-El (Edison, NJ).  Most recently Peri worked with Congregation Beth El of South Orange, NJ where she helped spearhead an exciting new congregational music initiative funded by the Legacy Heritage Fund.

In addition to her life in music, Peri holds an Ed.M from the Harvard Graduate School of Education and has spent 25 years working with kids as an educator and "non-profit entrepreneur" in under-served urban communities.  Peri is married to NY1 TV journalist and former URJ Kutz camp songleader Budd Mishkin. They share their love with their daughter Allie.